The Mystery Of Jenny The Titanic Cat

You may have heard about the two Pomeranians and Pekingese that survived the Titanic. You may have even read a tale or two of the remaining nine canines running up and down the slanting deck as the ship sank into the sea. But were these doomed dogs the only animals on the Titanic?

Actually, it’s quite possible that there were multiple cats aboard the ship too. Many large ships like the Titanic used them to monitor the rodent and pest problem that plagued the lower decks in exchange for food and shelter. The Titanic’s mascot and well-known ship cat, Jenny, was one such cat.

One stoker, Jim Mulholland, volunteered to look after Jenny when she transferred from Titanic’s sister ship Olympia. It was rumored that the cat had a litter of kittens a week before the ship left from Southampton (U.K.). But what happened to Jenny on the night of April 14, 1912?

Reports vary. Some say she and her kittens died along with most of the passengers. However, others report Jim Mulholland observed Jenny unloading her kittens from the Titanic one by one before it left port in Southampton. He took this as a bad omen, picked up his things, and also evacuated the vessel. He credited the cat with saving his life.

What really happened to Jenny the Titanic cat is a mystery. But this team of kitty lovers likes to think she saved her skin, her kittens, and Jim Mulholland too. (Source) 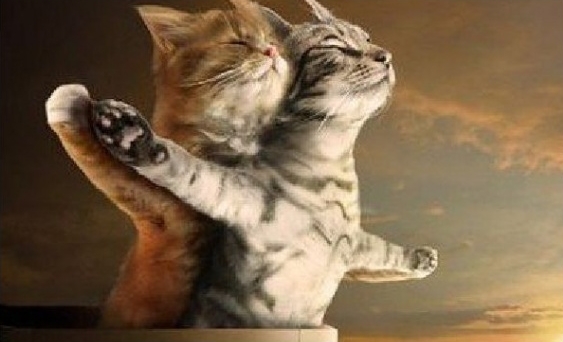 Continue your romance with cats like Jenny and tune in to one of these killer kitty casts: Hamilton the Hipster Cat, Cattitude, or the Kitty Cat Cast.